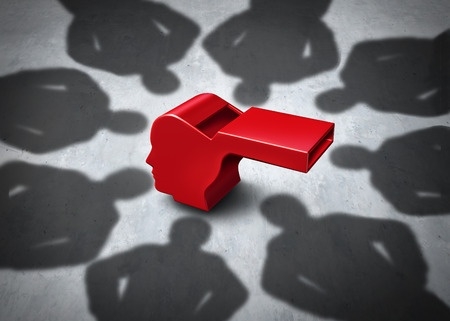 For the past 6 years or so we have been exposed to plenty of news in the media on how the US government through its Internal Revenue Service (IRS) and the Treasury has been fighting offshore tax evasion.  One of the important administration tools in this war on tax cheats has been the Whistleblower Program, the program designed to encourage taxpayers to report on tax violations by others.

Strangely enough, despite of spending over $30 million on fighting international tax evasion, the Canada Revenue Agency (CRA) with its outreach and communication has not been as active or loud, as if such problem hardly exists here.

Canadian residents have a duty to report their income and pay taxes to the CRA. Some may have outright financial holdings abroad or possess structures with multiple offshore investments. It is not illegal to hold money or assets offshore for as long as their ownership is adequately disclosed and the tax is paid on related income.

And yes, it may be tempting to cheat the system to avoid paying extra tax.  It may even seem easy to do so by leaving out certain details on a tax return in hopes that they are outside of the Canadian borders.

If these thoughts ever crossed your mind, we are here to remind you that the Canadian system does too have mechanisms in place for catching and penalizing tax cheats, including through its own Whistleblower Program.

In 2014, the CRA adopted a mechanism known as the Offshore Tax Informant Program (OTIP). It was Canada’s response to an effort to fight global tax non-compliance along with all other developed nations in the G-20.  OTIP provides mechanisms to allocate rewards to anyone that can give information on those that aren’t reporting offshore wealth or paying taxes.  OTIP is focused on serious offenders that have over $100,000 CAD outstanding on their federal taxes. The program allows the informant to set up a contract with the CRA that will reward them between 5% and 15% of what is collected.

As of the end of January 2016, there has been 600 calls and 120 cases that came out of OTIP. Calls are offered in both French and English and anyone from around the world can participate in this program. Informants are advised to call OTIP if they feel they can benefit from this program. Calls are confidential as the program is meant to protect the identity of informants.

Sometime mistakes are made; you may have been misinformed of your reporting obligations, information on offshore investments may have been missed, income may have not been freely available by the reporting due date…  Next thing you know, you are an offshore tax delinquent.  Irrespective of the reasons, you are breaking the law and risk significant penalties if you are not taking action to resolve your tax obligations.  By coming forward voluntarily and paying taxes under the CRA voluntary disclosure program you may be able to get away with reduced penalties instead of facing much harsher consequences that could come from programs like OTIP.

If you have questions about the above post, please let us know and we would be happy to help you.

Watch Out for the New CRA Audit Letter Campaign