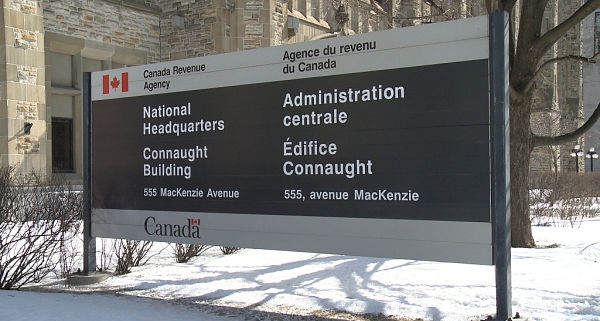 In its 2018 budget plan, announced February 27, the Canadian Department of Finance focused on measures to ensure a “fair tax system for all Canadians,” noting the Canada Revenue Agency’s recent efforts to target noncompliance in the highest-risk areas, including wealthy Canadians holding offshore accounts.

To that end, the CRA had examined 187,000 large money transfers worth more than C $177 billion between Canada and eight countries, and is now carrying out more than 1,000 offshore audits and more than 40 criminal cases related to offshore transactions, according to the budget plan.

“We can’t have an economy that works for everyone, if everyone doesn’t pay their fair share,” Finance Minister Bill Morneau said in his budget speech. “That’s why we’ve given the Canada Revenue Agency $1 billion in our first budgets to crack down on tax cheats and offshore tax havens. And with every dollar we invest, we expect $5 in recovered revenue.”

To further help the CRA and other authorities tackle aggressive tax avoidance, tax evasion, and money laundering through abuse of corporate vehicles, the government wants to introduce enhanced income tax reporting requirements for some types of trusts, requiring additional information to be provided annually for 2021 and later tax years. Specifically, the additional requirements would apply to Canada-resident “express trusts” and to nonresident trusts that are currently required to file T3 returns.

The government also seeks changes to the Canada Business Corporations Act to enhance the availability of beneficial ownership information, according to the budget plan.

To crack down on taxpayers who try to sidestep their Canadian income tax obligations by shifting property income into foreign resident corporations, the budget provides measures limiting the use of “tracking arrangements” that allow these taxpayers to track the specific benefit they receive from assets they contribute to a foreign resident corporation.

The budget also provides C $38.7 million over five years to the CRA to help it properly use in its offshore compliance activities the financial account data it obtains through automatic information exchange.

Moreover, the Department of Finance introduced two measures to limit the advantages that some businesses enjoy from holding passive savings in a Canadian-controlled private corporation (CCPC). The first measure would gradually reduce access to the small business rate for CCPCs with large amounts of passive savings. The government proposed lowering the tax rate for qualifying active business income of small CCPCs from 10.5 percent to 10 percent in 2018, then to 9 percent in 2019, to help free up after-tax income for small businesses owners to reinvest in their active businesses. The lower rate is less than the general corporate rate of 15 percent and applies to up to C $500,000 of a CCPC’s qualifying active business, also known as the “business limit.” The first measure would reduce the business limit on a straight-line basis for CCPCs that have between C $50,000 and C $150,000 in investment income, according to the budget plan.

The second measure would curb the tax advantages that bigger CCPCs enjoy. Large CCPCs would no longer qualify for refunds on taxes paid on investment income while distributing dividends arising from income that is taxed at the general corporate rate, according to the budget plan. The two proposals would apply to tax years after 2018.

The Department of Finance first announced it would address tax planning via CCPCs in its March 2017 budget. It launched a consultation in July on proposed legislative changes to crack down on three tax planning strategies involving CCPCs.

After extensive cross-country consultations, Morneau announced additional changes to help assuage concerns from middle-income small business owners who use CCPCs for legitimate business purposes, including a C $50,000 per year threshold on passive income.

In December the Department of Finance announced further amendments to its proposals, in particular those related to “income sprinkling,” a strategy that involves funneling income from a wealthy individual using a CCPC to other family members who may not have any role in the corporation and who are subject to lower personal tax rates or are not taxed at all. The changes included bright-line tests to limit the potential effect of anti-income-sprinkling rules on those who make legitimate contributions to affected businesses. The revisions took effect January 1.

Q & A for Tax Season