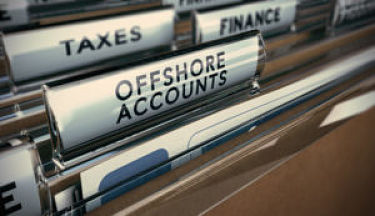 On March 13, 2018, the IRS announced that it will be winding down its 2014 Offshore Voluntary Disclosure Program (“OVDP”) by September 28, 2018.  The OVDP is a modified version of earlier OVDP’s and was made available to taxpayers who wish to voluntarily disclose their offshore accounts and assets to avoid the risk of criminal prosecution and limit exposure to civil penalties.  Accuracy related penalties including penalties for failure to file and failure to pay are assessed.  In addition, the “offshore penalty” for failure to report all offshore financial assets is equal to 27.5% (50% in some cases) of the highest aggregate value of assets subject to the OVDP.  Pre-clearance with the Criminal Investigation Lead Development Center is required prior to participation in the OVDP.

“Taxpayers have had several years to come into compliance with US tax laws under this program.  All along, we have been clear that we would close the program at the appropriate time, and we have reached that point.  Those who still wish to come forward have time do so” said Acting IRS Commissioner David Kautter.

Shutting down the OVDP does not mean that the IRS has decreased its enforcement activity.  On the contrary, the IRS has developed a number of tools to detect non-compliant taxpayers such as the Foreign Accounts Tax Compliance Act (“FATCA”), cooperation by other non-US banks in disclosing accounts owned by Americans and whistleblower leads.  Nevertheless, “stopping offshore tax noncompliance remains a top priority of the IRS” according to Don Fort, Chief, IRS Criminal Investigation.

The IRS will continue offering the following options to comply with US tax and information reporting obligations:

The Streamlined Filing Compliance Procedures (“SFCP”) have been very popular among those non-compliant US taxpayers who are not at risk for criminal prosecution and whose delinquency did not result from willful conduct on the part of the taxpayer.  The program is available to US individual taxpayers residing out the US and those residing in the US.  Unlike the OVDP, penalties are abated but the risk of an audit or scrutiny of years prior to the covered years under the SFCP and criminal prosecution is not eliminated.

As with the OVDP, at some point in time, the IRS has expressed that the SFCP may also be eliminated.  Therefore, there is still time to come forward either under the formal amnesties – OVDP or the other options for complying with the US tax obligations. Otherwise, the taxpayer will have no choice but to come under the more stringent traditional voluntary disclosure programs.