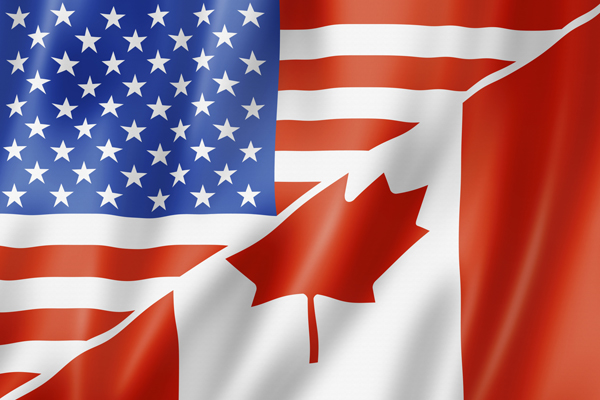 Finally, the U.S. election season is behind us. But a new presidential administration typically means changes in the taxation landscape, and President-Elect Joe Biden is sure to follow suit. In fact, a Biden presidency may have certain implications for a number of people on this side of the border.

One of the proposals in his election campaign may prove especially punitive to Canadian taxpayers, especially those who hold U.S. real property or any U.S. publicly traded securities in Canadian- or U.S.-based investment portfolios, RRSPs, RRIFs or TFSAs. (Think of your shares of Apple or Microsoft, which have seen a great deal of growth in recent years with quarterly dividends literally dripping into your accounts!)

Tax implications at death diverge in the 2 countries

Hopefully, most Canadians are aware that the tax implications at death tend to diverge when it comes to Canada and the United States. In Canada, capital assets of the person who dies are subject to deemed disposition on the person’s terminal tax return, unless those assets are jointly held with a surviving spouse or they go to a trust designated to the surviving spouse. If the latter two conditions apply, there will be a tax deferral and the tax to be paid only happens when the surviving spouse dies.

In the U.S. non-American citizens are taxed on the market value of their U.S. assets held at the time of death if the total value of such assets exceeds USD $60,000. Interestingly, that $60,000 threshold was set up back in the 1980s and is not subject to any adjustment for inflation. This clearly demonstrates that foreign taxpayers are quite low on the priority list for policy makers in that country.

In addition to this incredibly low filing threshold, there is no deferral permitted upon the death of the first spouse. There is also a presumption that the person who died, the decedent, owns 100 per cent of the couple’s property and must be taxed on the entirety of the couple’s U.S. assets in excess of the $60,000 exclusion.

Now this is where salt gets rubbed into the wound. The executor of the will may be required to look back over the preceding three years – prior to the passing of the person – to determine if they had gifted in any of those years. If so, the value of the gifted property would have to be brought back for tax purposes

Luckily for Canadians, the Canada-U.S. Income Tax Treaty overrides harsh provisions of American domestic law. For example, Article 29-B of the Treaty allows taxpayers to avoid U.S. taxation (but they still must file tax returns if the value of the estate exceeds the $60,000 exclusion) if the worldwide market value of the property of the deceased is less than USD $11.58 million (2020 rates). That exclusion is doubled if the assets are jointly held with a surviving spouse. But this generous escape hatch is not automatic; the person in question, a U.S. non-resident, must file their non-resident estate tax return within nine months of the date of death.

Now, let’s get back to the recent U.S. election outcome and why it matters to Canadians. With Joe Biden as President of the United States, that exemption of USD $11.58 million is expected to be lowered quite significantly, and may happen as soon as January 1, 2022. In fact, it may even happen in 2021 following Biden’s inauguration, although it is unlikely that exclusion would be the first tax reform the administration will choose to focus on.

But what does a Biden presidency mean to Canadians who do not have any vacation homes in the U.S. but may have a portion of their non-registered or registered portfolio in U.S. stocks or ETFs? If the value of all their assets upon the date of death (including Canadian principal residence, employer pension, RRIFs, cottage, cars, etc.) exceeds the allowable exemption of the U.S. estate tax, then ownership of U.S. stocks or U.S. funds will trigger the U.S. estate tax reporting and, possibly, U.S. tax that will be imposed at rates ranging from 18 per cent to 40 per  cent. This, of course, is significant.

But that’s not all. The estate’s executor will have to file a U.S. non-resident estate tax return and then pay U.S. estate tax, even though at the time of the person’s death there won’t be any deemed disposition in Canada under existing deferral rules for the surviving spouse. Since the timing of the taxation upon death is different in the U.S. and Canada this less-than-ideal situation can lead to double taxation.

Consider the high cost of Canadian real estate in urban centres like Toronto and Vancouver, for example, and the fact that the U.S. non-resident estate tax takes into account the worldwide value of the family at the time of death of the first spouse. If the exemption does revert back to the 2009 level, as one distinct possibility, it may not be far-fetched for one to exceed the exemption amount (including a spousal credit).

If you think you may be affected by the proposed changes, it is best to seek the advice of a cross-border tax accountant or a lawyer who is familiar with tax and the law on both sides of the border. That way you can see if any changes can be done today in order to avoid subjecting your loved ones to the painful consequences of U.S. estate tax.

This article by Elena Hanson was first published on findependencehub.com November 24, 2020

Cross-Border Credit: Why It’s Important To Establish Your Credit Profile...